War of the Worlds: The Radio Play

Broadcast from New York's Mercury Theatre in 1938, this infamous radio play, based on the novel by H. G. Wells, had many terrified listeners convinced that an actual alien invasion of Earth was taking place. Adapted by Howard E. Koch, co-writer of Casablanca, and directed and narrated by Orson Welles, this original script detailing the frightening tale of an extraterrestrial takeover is sure to thrill and chill audiences.

Blurring the lines of reality and fiction, this new virtual production harkens us back to Mercury Theatre on the Air’s 1938 War of the Worlds, an attempted Halloween prank which morphed into pandemonium when listeners missed the broadcast’s introduction and believed that reporters were live in Grovers Mill, New Jersey witnessing a real alien invasion. 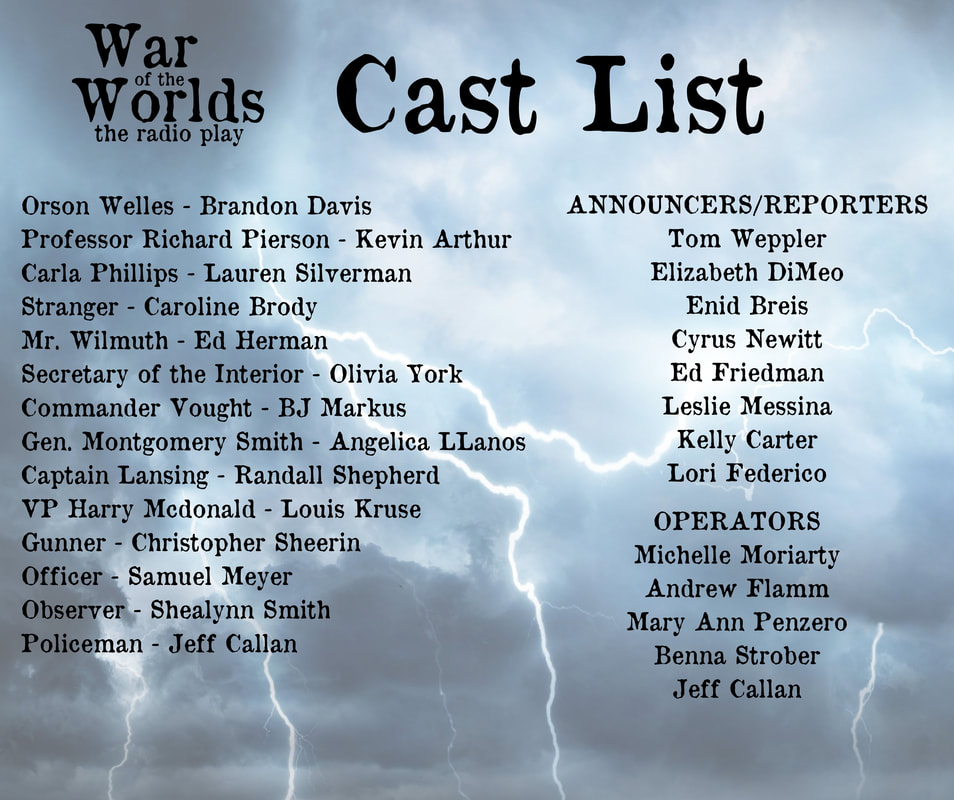