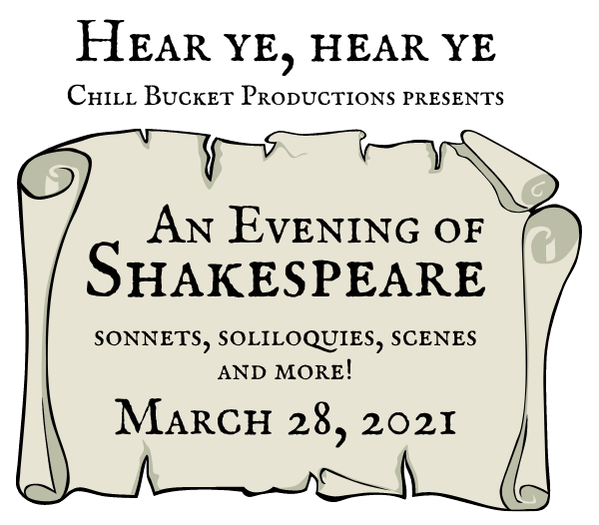 William Shakespeare is the most quoted single writer in all of history. HIs contributions to the English language are far reaching and he is one of the most studied classical authors in existence. We are excited to present an evening of his sonnets, scenes and monologues.

With Shakespeare, of course, comes some controversy. In presenting his works we do not want to shy away from the original language, but we understand that some of the terms used have come to be seen as offensive. Thus, we have kept some language as written and adjusted in some parts. Our intent is never to offend, but we know that context is everything and we are committed to retaining as much of the original text as we can in the hopes of taking a look at the past to inform our present. We want to foster a conversation, because without understanding we have no way forward.